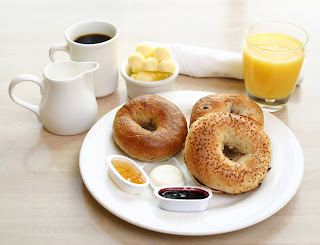 Welcome to the start of another week and this one's jam packed. I'll do my best and try to cover everything this morning.
-----
My summer with the Saskatchewan Golf Association is coming to a close but by no means has it slowed down. The SGI CANADA Junior Order of Merit Tour Championship takes place this week in Regina. The two day event happens Wednesday at the Deer Valley Golf & Estates and Thursday at the Royal Regina Golf Club.
At this point it looks like my last day here will be Friday the 27th but another week could happen too.
-----
Speaking of new gigs, Swift Current Broncos play-by-play voice Jon Keen is moving out west. Keen announced last week that he has taken the play-by-play job with the WHL's Kamloops Blazers.
This move will open the door for someone to slide into Jon's chair in Swift and I'm sure many Jr. A guys will be chomping at the bit to take the next step. In my mind I don't think there's anyone more deserving than GX94's Craig Stein. Stein is the voice of the (stay with me now) SJHL's Yorkton Terries and Melville Millionares as well as the MJHL's Swan Valley Stampeders and WayWay Wolverines. Adding to that he tries to fit in some senior and minor hockey games in throughout the season. He's top notch and has my vote for the position.
-----

It's a week full of new gigs and this time I've got one to share with you.

Huskies Central is entering its second season covering Huskie Athletics and this year I've signed on as a reporter. The show began taping last week but due to prior commitments I have not been able to take part yet. With my time at the Saskatchewan Golf Association coming to a close I will begin work with Huskies Central shortly.
-----
Another new gig to share with you during this exciting week. This winter I'll be back in the booth and back in the rink. I've signed on to be the voice of the University of Saskatchewan Huskies men's hockey team. In the position I will be calling home games only and they will all be available through webcast. You can find the webcasts through http://huskies.usask.ca/.
-----
I told you it was a busy week didn't I? On Friday the Huskies football team open the pre-season at home and I'll be there. You can check back for updates here or follow me on Twitter for up to the minute updates anytime throughout the season.
So with the prior announcments out of the way you can expect to find a lot more news on Huskie athletics on the blog. It's definetly an exciting time to be a fan of the Dawgs.
-----
SaskGridiron.com will still be a top priority of mine throughout the year and it all begins in less than 2 weeks. I'm very excited for the season and this year we are going to be tracking individual player statistics. I'm really excited but don't want to say too much yet. There are still a couple of details being worked on this week and I will hopefully be announcing them in the near future.
----
A final note with SaskGridiron.com. An e-mail I received last week from Access 7 Sports indicates that they are excited to be a part of high school football this season. They will be broadcasting the provincial semi-finals and provincial championshp on Access 7 Sports and we will carry the games live on SaskGridiron.com.
-----
I'm still without my BlackBerry Storm. I've been phoneless for too long now. My new screen should be in the mail and arriving any day now. When that happens expect my updates here and on Twitter to take off.
----
Driving into work yesterday three different people were texting and driving. Another two were talking on their phone and two more were on their phone with headsets in the ears. Is this still happening? It was Sunday and they made up the majority of the vehicles on the road. Do YOU still use the phone when behind the wheel? I'll admit that I've answered a call or two while at a red light but as soon as the light turns green I'm ending that call. Is that OK?
-----
Ok, that's all I've got for now. Enjoy the week!
dd
Posted at 8/23/2010