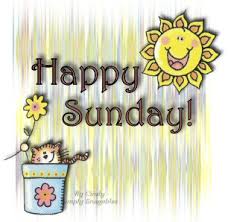 It's a rare Sunday entry but I feel I need to check in. I was incommunicado yesterday and felt I needed to update you on a few things that took place yesterday.

It wasn't a good Saturday for the Huskies hockey teams and for that matter it wasn't a very good weekend. In fact, it is one that both teams would rather forget.

Let's start with the women's team.

They were in Alberta for first round playoffs with the Pandas with a trip to nationals on the line. Friday saw them lose 3-0 to go down one game and yesterday the Pandas wrapped up the series with a 1-0 victory over the Huskies to take the series in two games.

Going out in two straight and not scoring a goal is a tough way for the Huskies to go out but the season should not be considered a failure. Yes, the team was capable of beating Alberta but they have taken great strides toward earning a birth at the national tournament and next year looks bright indeed.

Now onto the men.

The team entered the weekend sitting pretty in second place with just four games left in the season and on the road in Lethbridge. Well, Friday night the Huskies lose 5-3 and Alberta wins and so does Calgary. Even better the Alberta/Manitoba game goes to a shootout and the Bisons pick up a point.

Fast forward to the very next night and the Huskies are doubled up by the Pronghorns 4-2 and what do you know? Calgary and Alberta both win and guess what? The Alberta/Manitoba game goes to overtime giving the Bisons a point.

So, here's what we know following the weekend and what lies ahead for the Huskies:
How huge was it for Lethbridge to sweep Saskatchewan? The Pronghorns could somehow earn a playoff berth and that would be an incredible feat for them. Good for them. The Horns would be sitting in fourth spot if it wasn't for Manitoba taking Alberta to overtime both nights and earning two points over the weekend.

It is possible that Saskatchewan could miss the playoffs. The Huskies have lost three straight after being the best team out of the gate in 2011. It is possible that the four teams in the Canada West playoffs could be Alberta, Calgary, Manitoba and Lethbridge.

Here is how some of the different scenarios could play out: (and I'll devote an entire post to this later in the week once I figure out all the different possibilities)

-Calgary will play Lethbridge and Saskatchewan will be in Manitoba this coming weekend.

-If the Bisons sweep the Huskies and Lethbridge can sweep Calgary then Saskatchewan would finish fifth.

Saskatchewan needs at least two points (to force a tie breaker) and possibly a sweep to earn second place in Canada West and home ice in round one of the playoffs and even that might not be enough. Saskatchewan needed at least two points out of this weekend and they got zero. All of a sudden the road to the Cavendish Cup is looking a lot less pretty.
Posted at 2/20/2011