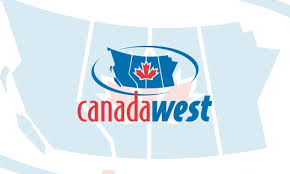 Here are the standings going into the weekend:

Alberta has clinched first place in the conference and will play UBC who is mathematically eliminated from playoff contention. We won't talk about that weekend series.

The Huskies are in Winnipeg taking on the Bisons for a pair of games this weekend while Calgary will tangle with the Lethbridge Pronghorns. The Dinos have already booked their ticket to the post season but that doesn't mean they'll be on cruse control. The team still has home ice advantage to play for. For Calgary, the worst possible spot they could finish in would be third place as they hold the tie breaker over Manitoba.
Here are the possibilities that could take place over the weekend:
For Calgary to clinch second place: The Dinos need three points to clinch home ice for round one of the playoffs. With the magic number being three that means that any number of Dino's points combined with the number of points the Huskies fail to pick up in Manitoba need to add up to three for the Dinos to clinch second.
Make sense? Here's an example: Dinos pick up a single point in a regulation loss and a shootout loss while Huskies gain two points for a regulation win and a regulation loss in Manitoba. Dinos 1 points + SK 2 points (4 point possible weekend - 2 points actually earned) = 3 points and Dinos clinch second. My math is fool proof!
For Saskatchewan to claim second place: This formula is slightly different but close to the same. For the Huskies to claim home ice in the playoffs their magic number is two. This time that magic number means that the Huskies points earned in Manitoba minus the Dinos points earned against Lethbridge needs to equal two or more for the Huskies to earn second. For example: Huskies sweep Manitoba and Dinos split with Lethbridge. 4 Huskies points - 2 Dinos points = 2 and SK claims second.
The Huskies own the tiebreaker with Calgary but not with Lethbridge. Currently the Huskies do not have the tiebreaker with Manitoba as the Bisons have picked up one single point more than Saskatchewan in their season series thus far.
Now that we have dealt with the two possible options for second place let's move onto third.
For Calgary to finish third: The only way that Calgary finishes in third place is if Saskatchewan finishes in second and we already mentioned how that can happen.
Saskatchewan finishes third and Manitoba fourth if: Manitoba points over the weekend subtract SK points earned over the weekend is less than or equal to one and Lethbridge earns less than or equal to one point more than Manitoba earns. Confused?
Example: Manitoba win in regulation and loses in ot. MB gains 3 points subtract Huskies 2 points earned equals 1 point while Lethbridge earns two points over weekend from Calgary with a split.
MB PTS - SK PTS = X where X must be > or = to 1 AND Leth PTS - MB PTS =Y where Y is < or =" to">
Saskatchewan finishes fourth
Ok how about Saskatchewan finishes third and Lethbridge finishes fourth: IF AND ONLY IF Lethbridge points earned over weekend subtract Manitoba points earned over weekend is greater than or equal to 2.
Leth PTS - MB PTS > or = to 2.
Manitoba finishes third and Saskatchewan fourth if: this happens if Manitoba pick up two wins over Saskatchewan regardless of overtime or shootout and Lethbridge points earned this weekend subtract SK points earned is less than or equal to 2.
Saskatchewan misses the playoffs if: For this to happen Manitoba would finish third and Lethbridge fourth. For this to happen Manitoba NEEDS two wins over Saskatchewan regardless of overtime or shootouts and Lethbridge points earned against Calgary subtract SK points earned in Manitoba must be greater than or equal to 3.
Clear as mud?
I think that is all the different scenarios that could play out but I expect to hear from you if I've made a mistake or something is not clear. Now, print this out and keep it by your side as you follow all the different games on your blackberry or i pad. Remember, I'll be tweeting over at my account twitter.com/darrendupont throughout the weekend with results and notes as the playoff picture unfolds.
The Huskies will be aiming for 2nd or 3rd but nothing is guaranteed and this is a very important weekend. A preview of the Saskatchewan/Manitoba series is coming tomorrow.
Posted at 2/24/2011