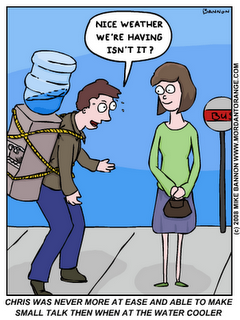 Is anyone as excited as I am that playoffs are here? The season started with 22 teams and just 14 remain as playoffs begin on Saturday. We'll take a small look into the match-ups this morning and go deeper as the week progresses. There is also some other tid-bits of information that I'll get to as we go along.

Now you should know that I'm talking about 9-man high school football before we go any further.

Now, where do I start? I guess I can't go wrong starting with conference 1, the North East. The 1 vs 4 match-up will see the Wynyard Bears travel to Humboldt to play the Mohawks. These two teams didn't meet all that long ago and it was a long day for the Bears as they lost 50-0.

The 2 vs 3 match-up is a little more intriguing. The #2 ranked Foam Lake Panthers will host the #3 Melfort Comets. They only met once this year and it was a close one. Foam Lake won a nail biter 30-28. I'm sure Dave Rogers will have his boys ready to redeem themselves on the weekend.

In conference 2 the #1 Assiniboia Rockets (5-1) will host the #2 Maple Creek Redmen (4-2). The teams only losses came at the hands of each other. The first two wins in the season series went the way of the Rockets but the Redmen kept getting closer each game and finally in the second last week of the season knocked off the Rockets 29-28. You would think that Maple Creek would have momentum and likely come out on top again this week but word is they are a little banged up after that win and right now anything can happen.

Conference 3 should be interesting. The #1 Lumsden Devils have breezed through the regular season undefeated and while the #4 Fort Qu'Appelle Marauders have had a pretty good year they seem to just be over matched in this one. The 2 vs 3 game should be a dandy and one of the better games this week. The #2 Sacred Heart Saints host the #3 Melville Cobras and it's hard to find a consensus among coaches and fans as to who will come out on top. This will be one of the games we really dive into detail with this week.

The other big game this week comes out of conference 4. The #1 Delisle Rebels host the #4 Martensville Royals as the Royals come in on a nasty 3 game slide. Martensville has played Delisle hard though and are right there with them so this could be anyone's game. Look for more detail as the week progresses on this match-up.

The final game has the surprise #3 Kindersley Kobras in the playoffs for the first time in 22 years visiting the #2 Meadow Lake Spartans. The teams split their season series so this should be another dandy.

All games are scheduled for Saturday afternoon with kick-off at 1:00pm.

The poll question on SaskGridiron.com (a bit stale I might add) asks who has been the biggest surprise this season. The results varied but 30% of you felt the winless Unity Warriors were the biggest surprise for the wrong reason. Martensville came in 2nd at 20% but they were 3-1 at the time the question was posted. Melfort, Assiniboia, Kindersley and the 'other' option all came in with between 7%-14% of the votes.

Kindersley would take my vote and they have to be the feel good story of the playoffs wouldn't ya think?

If you are looking to track your team's road to the provincial championship head to www.SaskGridiron.com and check out the provincial tournament bracket posted on the home page.

If you didn't make it out to Griffiths Stadium in Saskatoon on Friday night you missed a real treat. The game between the U of S Huskies and the Calgary Dinos was good but the real entertainment came at half time. Wired 96.3's morning team was on hand for Ryder and Brandy's great chase. Take a look at the footage and see for yourself.

I hope she made it out okay. She got rocked!

Here's a few more tid-bits from the week that was:

- A Twitter note from Global Saskatoon's Kevin Jesus: @GlobalJesus So the #cfl wont allow pink gloves or laces but have no problem with #livestrong
bracelets. Double standard?

- Things looked good early for the Sacred Heart Saints as they went 76 yards on the opening play to take a 7-0 lead over the Lumsden Devils last week. The rest of the game wasn't so hot as the Devils went on to win 58-7.

- The Riders had plans of bringing in former Rider and more recently BC Lion WR Derek Armstrong for a look but just as Armstrong got into town a better deal came along from Eric Tillman in Edmonton. The funny thing is that Armstrong was a rider just long enough to get himself into Tuesday's team photo.

- I have followed American Idol in the past and if you liked Lee Dewyze from this past season you should check out his new single titled "Sweet Serendipity." I gave it a listen on You Tube and I can't get it out of my head.

Your credibility can take a hit in an instant when you are given bad information. This happened to me on Friday night at the PAC. I was doing the public address announcing for the Graham Construction Shoot-Out and during the Huskies game against Queens I would update fans on the scores in both the Men's football and hockey games.

Well, I was trying to follow as best I could on Twitter but someone comes along (who will remain unnamed) and gives me the score and I announce it. Later in the game they pass along the score and say it's 73-21 for the Huskies over Calgary in the 4th quarter.

So I go ahead and announce the score and get looks of disbelief. I look back to my source and ask again if they are sure and I am given the same answer.

Moments later I am given a chance during a time-out to look at my blackberry and see that the score is actually 34-17. I felt like an idiot. I didn't think it was possible to score 40 points in a matter of minutes but against my better judgment I announced the score anyway.

A quote from the SGA's Brian Lee will stick with me forever: "Experience is something you don't get until just after you need it." That couldn't be more true.

This weekend is going to be a ton of fun and I can't wait. On Saturday and Sunday evening I will be jumping back into the broadcast booth for the first time this winter. I'm pretty excited. I'll be calling a pair of mens Huskie hockey games from Rutherford Rink. Games go Saturday and Sunday at 7pm. I'll be sure to post more info as the week progresses.

This is sure to be a fun week and a busy one and I'll do my best to keep up. Enjoy it.