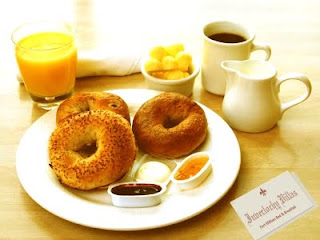 They say the early bird gets the worm well this morning I got the last two eggs and piece of toast. It's going to be a great day!

There isn't much going on these days which has left a lot of time for observations so here it goes.

Team Canada will play Slovakia in semi-final action at the Olympic games today. Someone mentioned on Twitter that this is reminiscent of 2002. The only difference is that the Slovak's are a much different opponent than the Belarus squad we breezed by 8 years ago. Still though everyone is breathing a huge sigh of relief after we spanked the Russians.

I'm of the mindset that we are tied for first in the Olympic standings and by we I mean Canada as a country. Sure we may trail the US by a substantial number when you look at total medals won (gold + silver + bronze) but we have 8 gold medals which is the same number that both Germany and the US have. Traditionally the Olympics are won by the country that takes home the most gold medals. We're still in the ball game.

It's pretty quiet in Klipper land as they wait to begin their Sherwood conference semi-final series with Notre Dame. The teams wait for the survivor series' to take place and that will start tonight. I'll direct your attention to the blogs of Craig Stein (voice of Terriers and Millionaires) and Darryl Skender (voice of Mustangs and Broncos) who will keep you more than informed on the two series.

One interesting note from the SJHL website: Kindersley is 8-0-1 in Eston.

All is quiet on the SaskGridiron.com front as of today. Never fear though as there are meetings planned for early March and the ball will get rolling soon. Announcements are coming I can tell you that much.

A big thanks to Shayne Nieszner (father of former Klipper goalie Ryan) for the BlackBerry tip. A quick software update and the Storm is running like a dream.

When Alex Ovechkin's blood work came back yesterday from his random drug test doctors found large amounts of maple syrup, back bacon and Molson Canadian. Suprisingly there were no traces of gold, silver or bronze! (roughly translated from a tweet that is no longer available)

Enjoy your breakfast and your day!