This week has just flown by hasn't it? There is a few things to discuss so let's dive in.

The Kindersley Klippers are 1-0-1 this week after Wednesday's 3-2 shootout loss to Yorkton and last night's 5-3 win over Melville in the Showcase. The team is now 5-1-2 in their last 8 games and just 5 points back of Weyburn for first in the Sherwood Conference.

The Jr. K's have the day off as they get set to take on the Battlefords North Stars tomorrow at the Showcase.

As you may have seen in today's Star Phoenix article (posted below), Klippers' goaltender Josh Thorimbert is garnering some attention from scouts this weekend at the Showcase. 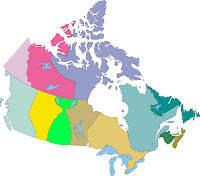 I received this in an e-mail from the father of former Klipper goaltender Ryan Nieszner. Rider fever is everywhere!

Saskatoon city transit buses all have GO RIDERS flash across the digital banner. It's been going on for a few weeks now. Nobody needs evidence but it's everywhere that the Riders are Canada's team.

Speaking of, where will you be on Sunday?

The last time the Riders were in the Grey Cup I was working. Golden West Radio was picking up the radio broadcast from the FAN in Calgary and I was stuck oping the game. I brought a TV but was only able to pick up a fuzzy picture. That's back when CBC carried the broadcast.

Needless to say I'm not going to be working or anywhere except watching the game on Sunday.

If you're looking for a great background pic for your BlackBerry device try this link out: http://www.hockeydb.com/ihdb/logos/sjhl/kindersley_klippers_2005-06.gif

The pre-new year's resolution thing is not going so great. Laziness is a hard habit to break! Any tips?

Every year about the first week of December I like to do some Christmas shopping... for myself. I don't buy anything though, I just look around and get an idea of things that I would like. I always get the e-mail from family asking for my "wish list" so I've started making a photo wish list and posting it right here on the blog.

Trivia question: Who is the Klippers all-time leading scorer?

A: Brett Leedahl. Leedahl's 217 points are one more than Troy Schwab's 216 on the all-time list.

The voice of the Battlefords North Stars Dan O'Connor had this to say about the Klippers on his blog this morning after watching last night's Klipper victory over Melville:

I've seen a lot of Kindersley teams over the years, and I've got to be honest: This Kindersley team looks good. Really good. Sanfred King seems to making a real impact on a line with Jordan Braid and Taylor Duzan, and Andrew Dommett (19 years old) has totally transformed his game from last season.

If my memory serves correctly, it took Andrew Dommett until the 4th of January last year to even score a goal in the SJHL, and now he's got 22 of them!

Watch out Weyburn, I'm calling right now - Kindersley will make a real run at the Sherwood Conference Title. Having seen Weyburn, Melville, Notre Dame and Kindersley all play yesterday, the Klippers in my opinion have the best team in that conference.

I'm off to Camrose this weekend to watch some minor hockey and do a little visiting. It'll be nice to get away and have nothing worry about for a couple days. Don't worry, I'll be back in plenty of time to watch the Grey Cup.

Ok, I'm off to the gym. All this back pain, knee pain and tiredness has me feeling like an old man. I really need to shake this bad habit.

Just as a FYI I lived in Kindersley when Troy played there and I believe he had a few more points than the number you listed above. On hockeydb it only shows 3 seasons and doesn't show his rookie year when he was 17. I think he had over 50 or 60 points that year as well.

I thought it may have been higher. I can't find the SJHL league history link anymore. They used to have league all time scorers and each team and so on. I'd like to see it again.