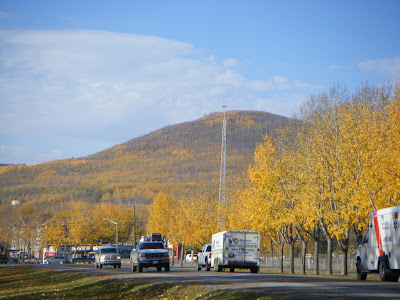 looking up at Mt Baldy
As promised (a few days late) here are some shots from my climb of Mt. Baldy. Carly, Jacob and I took a climb up Mt. Baldy on Sunday afternoon. It didn't take too long to reach the top but it was work out that's for sure. 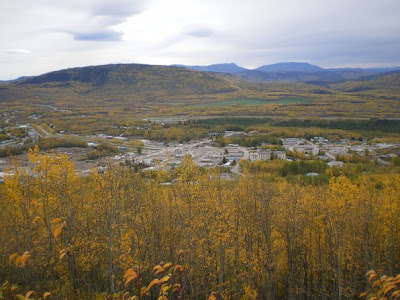 A shot from the top overlooking the town 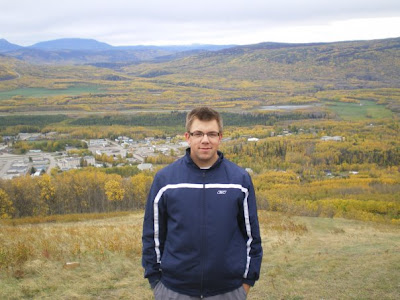 Me at the top 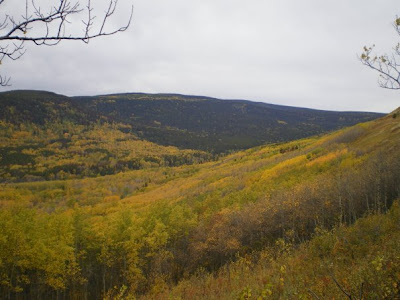 A shot around the corner to the North West. (It's such beautiful country) 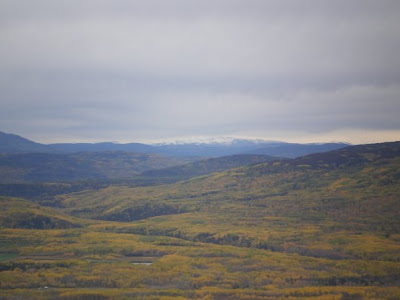 I love this shot of the mountains in the distance.

I'm pretty sure Megan's going to make the climb next time. (I might have to strap her to my back though!) The entire time we were on the lookout for bears and cats and thankfully we ran into neither!

On another note, be careful! A person riding a motorcycle in downtown Chetwynd was hit by a vehicle today and sent for a bit of a ride. The rider appeared to sustain some minor injuries but should be ok. Just another reason to pay attention when driving. This kind of thing can always be avoided.

Canucks on the ice again in a couple days. I'll talk more about the weekend later.